December 11, 2013
So the presentation went pretty well. After a little calibration with our 'garbage simulation ballasts' the system worked extremely well. It worked consistently and reliably. Here's us tinkering with the system with our chosen ballasts, cans of cool refreshing Coca Cola™. Here's us doing some last-minute tinkering: 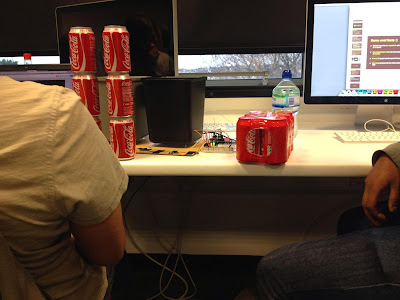 And here's a link to the presentation: http://goo.gl/NW0Hgt

Overall I felt the presentation went really well. I think we conveyed the idea fairly effectively and the demo went off without a hitch. One thing we probably should have elaborated on a bit more was the reward system.

Some future improvements to the system include:


Here's a render Stylianos made of what the system could look like: 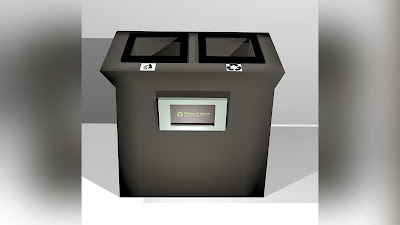 I felt the project went really well, I learned a lot about Node Red and I'm convinced that that is something I'm going to be using for my final year project along with the MQTT protocol. Node basically does almost exactly what I need for my project, albeit with a little hacking here and there.